Anton Glamb is a DJ/Producer/Artist from Hawaii who has spent 8 years making waves in the New York underground electronic music and arts scene. While studying composition, computer music and musical history at Columbia University, Glamb composed for the Juilliard School’s dance division in a series of collaborations with a young choreographer, Michelle Mola, which won choreographic honors and were featured in performances in Lincoln Center and Montreal. Other dance works he composed were shown as far as Beijing, Seoul and Peru. However, its his contributions to club and pop music that have won him the largest recognition.

As one of the founding members of Radical Outing, a Brooklyn DJ and music collective, he has organized or played at some of the biggest parties and best venues in New York City including, Brooklyn Zoo, Webster Hall, The Music Hall of WIlliamsburg, Le Poisson Rouge, The Annex, Gallery Bar and just about every where else on the Lower East Side, and has djd and performed along side many of the greatest acts of our time including: Red Man, Kool Keith, Wiz Khalifa, Odd Future, Juan Atkins, Scottie B, Designer Drugs, Drop The Lime, Reid Speed, Krames, DJ Ayres, The Juan Maclean, Steve Aoki, Rye Rye, Amanda Blank, Spank Rock, Maluca, Young Love, Ninjasonik, Japanther, The Death Set, Rick Ross, Kool Keith, Curren$y, Red Man, 77 Klash, 33hz, Jupiter One, Udachi, Star Eyes, Egyptrixx, Uproot Andy, Geko Jones, The American Dream Team, Free Blood, Codebreaker, Jubilee, Ursula 1000, Rok One, Palms Out Sounds, Hearts Revolution, Finger on the Pulse, Roofeo, and too many more to list.

His music has been featured on NPR (National Public Radio), URB, The New York Post, Gawker, The Village Voice, White Folks Get Crunk, Transworld Skateboarding and Rad Collector while his parties and art work have been featured in VICE, Dazed and Confused, The New York Times, Driven By Boredom, High Snobiety and The New York Press.

Last year he released a Remix Tape with Hawaiian street-wear brand In4mation and an EP, Transitions, on the Radical Outing Label. He has composed music for the OurKaka’ako campaign and McDonalds. He has formed a band with Mitchel Anicas on bass, Johnny Tanner “Tone” on guitar and Fred LaChance on drums. Together, they are currently recording an electronic reggae album at Lana Lane Studios in Kaka’ako. 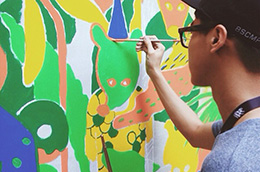 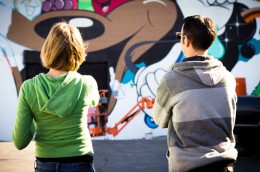 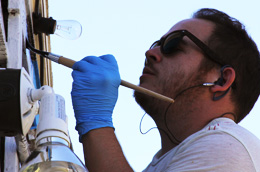