Aaron “Angry Woebots” Martin aka “Woes Martin” was born on the Hawaiian Island of Oahu, but  spent most of his childhood growing up in Southern California then moving to Nevada before finally landing back into Hawaii during his Junior year in high school. It was during this time, he got into graffiti through hip hop culture saturday morning cartoons, kung fu and comic books always had him involved in creating in some way.

In 1998 while a car accident changed everything; this life-threatening experience inspired him to leave the island once again, this time to Seattle, Washington discovering a new art movement that involved hip hop, punk rock, skating, graffiti, toys and design inspired him to create again. Engulfed by this new movement, Aaron followed along and was hooked. He then left back to Hawaii with a new perspective.

He had his first show in 2002 and has been showing in galleries across the United States, Southeast Asia, South Pacific and Europe. Appeared in many publications within the Art, Designer Toy and Hip Hop communities expanding his fan base even more. Aaron has worked with many companies involving designer toys, design and live works- Kidrobot, Disney/Mindstyle, Kampeon, Converse Red, Samsung, Kicks Hawaii, Fitted Hawaii, FLABSLAB Singapore and In4mation to name a few.

Along with his travel success his long time passion for toys has given him the opportunity to create his own, whether it be KidRobots Dunny platform or his own resin sculpture with his partner Palmetto of Silent Stage Gallery he’s covered grounds on all ends, you can find him at Comicon San Diego, Comicon New York, Designer Con Pasadena, Singapore Toy Con rocking custom vinyl toys, Resin figures and collaborations . His focal medium is acrylic paintings on wood and canvas. Using minimal colors and detailed character design, these paintings are usually comprised of stressed out emotional, aggravated pandas or bears. The pandas tend to represent the story of struggle, humble beginnings, and rolling with the punches. Hawaii to the mainland U.S. and across the globe he continues to leave his mark, connecting with other artist and other cultures has been his recent focus, experiencing life to the fullest and building on a worldwide plane. 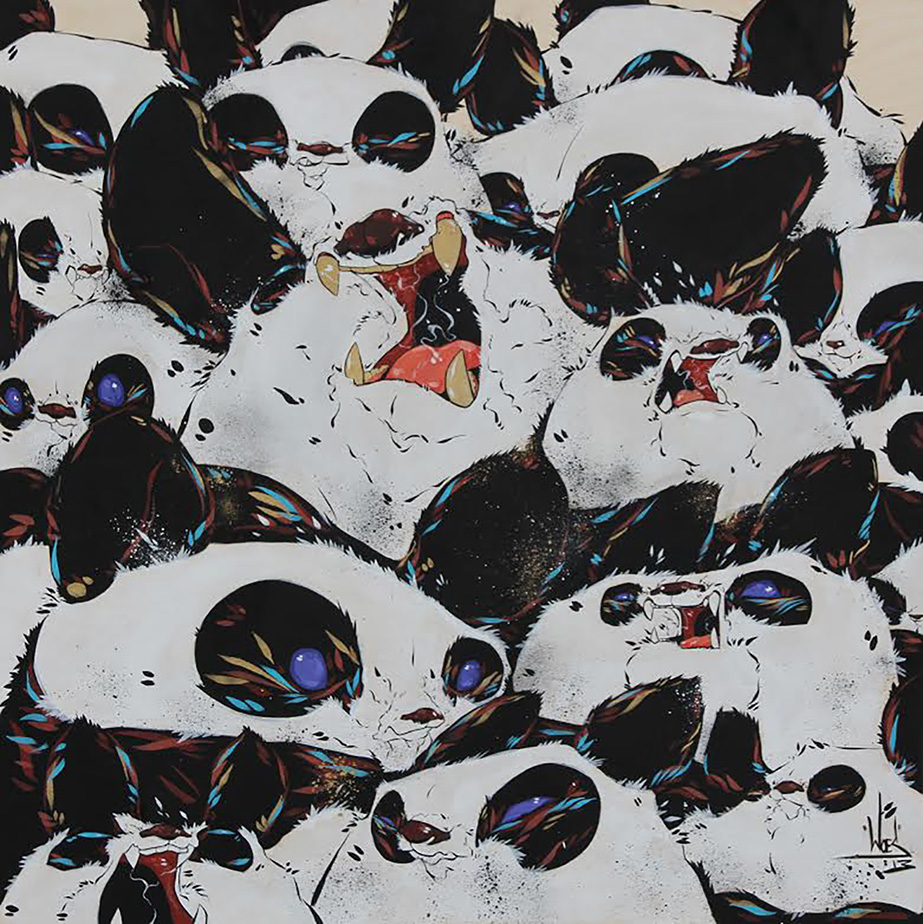 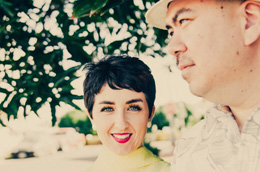 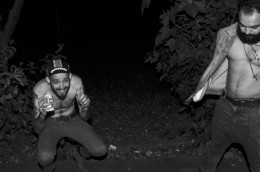