In-Chang “Andy” Song has been the marketing director of Flexfit for over 10 years and a lifelong guitarist/composer. He is the creator/director of “Basecamp”, which Flexfit’s platform for creativity in all forms of media. In relation to POW! WOW! Hawaii, Andy Song has been the vanguard for the POW! WOW! School of Music, a new educational initiative designed to link music and youth, and for POW! WOW! Jam, another musical platform that exposes musicians to unfamiliar territories of music with live jam sessions.

South Korean bred, American educated, Andy Song’s eclectic nature arises from his storied, multicultural past. Some consider him a renaissance man, having dwelled in Seoul, Miami, Atlanta, New York and currently, the greater LA area. Others wonder why he isn’t a feature in a beer tv-ad series of being the frontrunner for the “most interesting Asian in the world”. 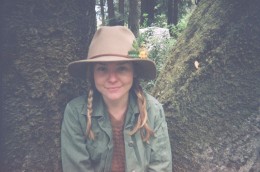 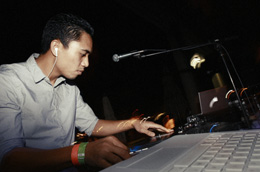