Originally From Osaka and now active in Both LA and various parts of Japan. He started out as a DJ at the age of 18, when Cook encountered a mural in one of the Reggae Bars, he was blown away and shifted towards doing graffiti. During those early years, due to his lack of information about street art and artists, he flew out to LA to pursue his dream. After his return, he worked with his graffiti crew and is currently running solo collaborating with apparel brands, contributing designs, and directing music videos. His famous artwork includes his Astro Boy collaborative mural with Slick and Tristan Eaton. In 2015, he opened his solo exhibition in LA that led to massive exposure. Currently he is sponsored by DISSIZIT and active as a designer for Delicious Vinyl.

BAKIBAKI AND MON OF DOPPEL 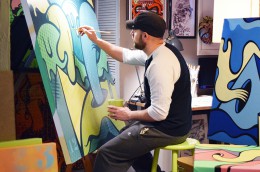 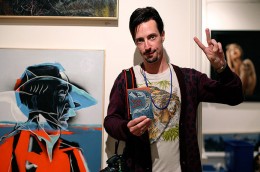