Curtis and Annie Kamiya are a husband and wife team who believe music, and the empowerment of youth through the arts, are the core reasons they get out of bed every day.

Entrepreneurs, performers, music instructors and mentors, the Kamiyas own and operate Curtis Kamiya Music, a private music instruction and coaching studio in downtown Honolulu. During the day, their studio provides private music instruction, recording and studio engineering services, and, launching in 2014, a suite of online music enhanced programs geared towards assisting struggling parents and teenagers find a pathway to communicate, connect, and enrich their family structure. During their evening and weekend hours, Curtis and Annie are active musicians in the Honolulu music scene with their local island/soul/jazz group Mango Season. Between them, they have released three full-length albums — You Can Close Your Eyes (2001), 21st & geary (2005), and Flying Home (2013).

Curtis received musical training and mentorship in guitar and voice at Punahou School in Honolulu, Hawaiʻi, and continued to pursue his love of acting and music at the University of Puget Sound (UPS) in Washington State where he received two BA degrees in music and theater. Annie received formal classical and jazz vocal training in Hood River, Oregon before meeting Curtis in the theater department at UPS, falling madly in love in-between learning their lines for a Chekov drama, and receiving her BA degrees in theater and communication. Their sights set on transforming the lives of young people one musical score at a time, Curtis and Annie are thrilled to be back collaborating with PWSoM for their second year as lead directors of curriculum and coaching. 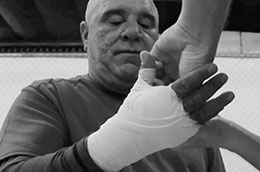 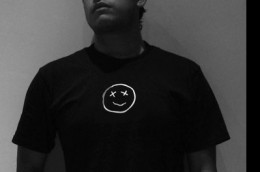 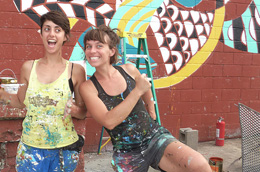