By exploring feminity through stereotypes and using them to her advantage, Fafi not only knocked her male colleagues and competitors out their socks, she also locked toy manufacturing deals with Sony and Medicom, countless press stories and illustrations for Commons & Sense, Vogue, Elle or The Face, big market collaborations with Adidas, M.A.C, Hennessy, Swatch, Samsung and Le SportSac, not to mention many solo and prestigious group shows in the most respected galleries around the globe.

Her presence during the last Miami Art Basel at Wynwood walls “Women on the walls” curated by Jeffrey Deitch, brought her back to the art world with two art pieces showcasing her usual Fafinettes and a flower “SALOPE” installation opened to new mediums.

Becoming a mother, her next natural move was animating the ‘Fafinettes’ in music videos like Lily Allen and Mark Ronson’s ‘Oh My God’ or her co-directed ‘Do Do Do’ for Ed Banger act Carte Blanche. She also directed full-kino videos for Mademoiselle Yulia and Azealia Banks, those latters becoming real-flesh characters.

Her last but not least director’s job was to shot live M.I.A for the first Youtube Music Award in New-York in November 2013 along with Spike Jonze’s team.

Her first comic book ‘THE CARMINE VAULT’ released in April 2012 on eminent Rizzoli Books and Alternatives.
Fafi ran for the occasion a Signature world tour in major cities around the globe gathering her friends and throwing parties from Mexico city to Tokyo and L.A to London.

Now not only the Fafinettes are fly girls, they also run a whole universe of creatures, homes and vehicles. It’s a dreamy and peculiar place. 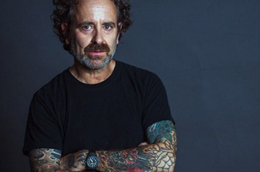 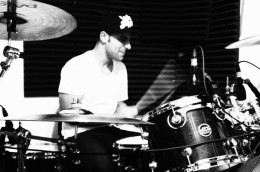 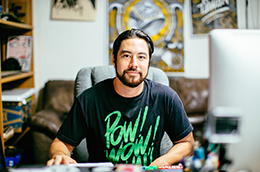