Born and raised in Honolulu, Hawaii. Art has always been a passion of Justin Park. Much of my influences come from spending most summers as a youth in Santa Fe, New Mexico. Much like Honolulu, Santa Fe is a city rich in art and culture. Growing up with aerosol as a preferred medium, Justin Park has always had a major intrest in art history. He studied art abroad in 1999, taking trips to Germany, Italy, Austria and Hungary. His recent works has been drawn more to the brush than the can.

Justin Park’s much overdue first solo show was held in January, 2013. As a participant in both the 2012 and 2013 POW WOWs, he looks forward to show what a Hawaii local artist can offer to this now global event. 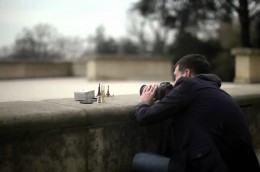 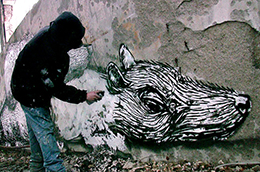 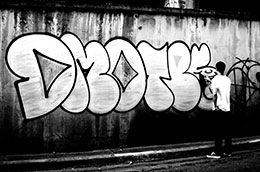