As tattoo artist Lucky Olelo unlocks the door to his newly acquired studio space in Downtown, Honolulu, he warns me that, “It still needs a lot of work. The space isn’t ready for the public.” And with a humble smile, he leads me from a dimly lit second floor hallway into a glowing 1800 square foot open space with new flooring and painted brick walls lined with large character building windows. Lucky is not in a rush to officially open the spot for business. He’s the type that will wait ‘til it’s ready– no sooner…no later.

Against one wall is his desk. On it, some drawing paper and a DSLR that he uses to photograph his clients after a session. Against the adjacent wall is a tattooing station—the heart of the space—the area that will allow him to continue to pay the bills by doing his art. Lucky has been working out of Soul Signature Tattoo and Art Studio for the past few years and even though he’s establishing a private studio, he tells me that he will always be a part of the Soul Signature family. Owning a private studio is just one of those things that most tattoo artists think about, and for Lucky, his studio is a testament to his dedication to his trade.

While preparing his tools for an appointment to do some work on a friend, I was able to take a few photographs of Lucky and observe how he sets up. The process is meticulous—as you would expect from a perfectionist—as is his work. His attention to detail is kept first priority, knowing that each stroke of his needle is everlasting.

From Hawai‘i to New York, to Australia and even Thailand, tattooing has led Lucky to many places where he gained a lot of valuable experience, and had a lot of memorable experiences. And now with his own studio about set to open, Lucky is poised for the next chapter in his career. 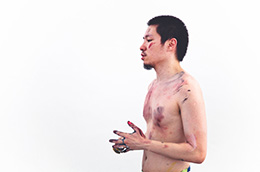 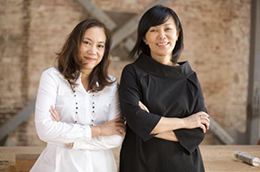