Growing up in the suburbs of Melbourne, Australia, Meggs’ early artistic development was influenced by the cartoons, comics and sci-Fi films of the 1980’s. He was fueled by his vivid imagination and passion for superheroes, fantasy characters and bold colourful graphics, such as those found on toy packaging and video covers. It soon developed into a passion for skateboarding culture, graffiti art and graphic design. Meggs’ work continually references the nostalgia of childhood heroes and villains, exploring the notion of ‘duality’ and an on-going question of morals, rights and authorities. Reflecting on personal experiences, Meggs produces energetic depictions of heroes, villains, and subverted collages of pop culture symbology. 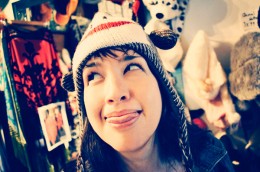 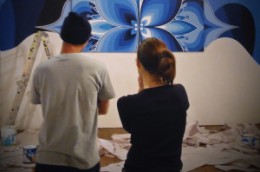 KAMI AND SASU OF HITOTZUKI 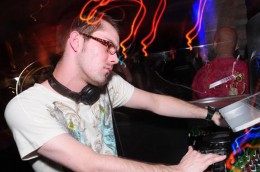