Morgan Blair has painted several wall murals, though oddly, many of them have been indoors. Her bright, geometric images have been commissioned for artist studios, a private residence, and most recently, the Facebook office. Her cement mixer collaboration continues to wander the New York City streets and if you happen to be in Tel Aviv at the right time of day, you will stumble past a rolling gate that she recently painted with squiggly abstractions.

Blair also paints strangely moody “Seinfelds” though maybe they should be called “Georges” since George Costanza seems to feature in a majority of the pictures. And once the technology is developed to turn her trippy gifs into murals, random pedestrians will have their minds more blown than Kramer. 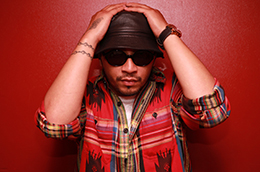 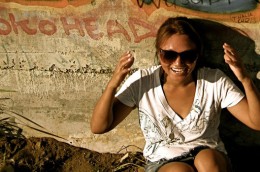 LAN of the REFINERY PROJECT 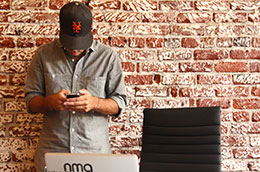