Nicholas Kaleikini has music running through his veins. After all, having the “Ambassador of Aloha” as your grandfather and mentor can only mean that expectations are set high. A talented ukulele player, pianist and classically-trained saxophonist, Nicholas has excelled in adding his jazz-influenced style to today’s modern sounds.

Nicholas, along with his band, Young Souls, create a fresh mix of revised covers as well as original music. Their eclectic style, from R&B and Jazz to Rock and Pop, has made them a unique and undeniable force. Young Souls are gaining momentum in Honolulu’s underground music scene as they continue to showcase their original sound around the city.

While his recent venture with Young Souls is proving to be a successful one, Nicholas is no stranger to performing live. He has been accompanying his grandfather, Danny Kaleikini, for quite some time. The duo has played for Mayor Kirk Caldwell, Tulsi Gabbard, actor Daniel dae Kim, Honolulu Country Club owner, Tomio Taki and chef Roy Yamaguchi to name a few. Most recently, the two have been working on an album together due out Winter 2013. The lead single, “Ku’uipo” marks the first time that Danny and Nicholas will be featured together on a track and also signifies Danny’s first ever release of original music.

In addition, Nicholas also teaches ukulele, piano and saxophone to students of all ages at Kailua School of Music. 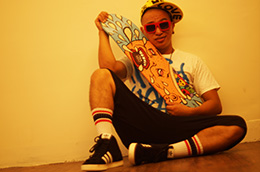 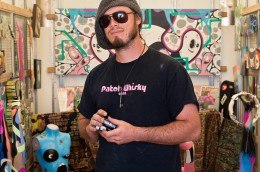 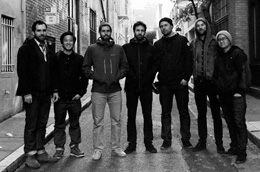