Niz was born in Lima, Peru. She came to the United States for the first time when she was 4 before finally moving to the San Francisco Bay Area when she was 12 years old. Niz’s artistic career began with educating at-risk youth in California through murals, fliers and zines.

Her involvement and passion for graffiti, skateboard and other subcultures like hip hop, reggae and punk rock led her to create art on skateboards and grip tape in 2003. Around the same time, she also began experimenting with stencil art. Her early work was infused with religious themes painted on skateboards with acrylic, while her most recent work has taken the shape of large-scale stenciled portraits on walls and canvas.

Niz has stenciled walls and shown her work all over the United States and abroad. Recent accomplishments include a gallery show at SOMArts Gallery in San Francisco and painting at the Graffiti All-star weekend in Puerto Rico. 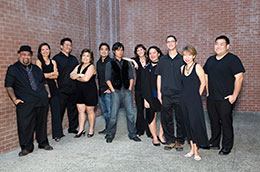 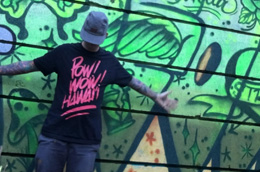 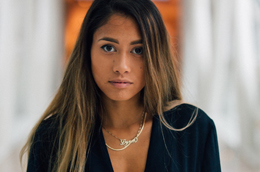