Born and raised in on the island of Oahu (HI) Puff has been drawing since before he can remember. As a kid raised on cartoons, video games and comic books, his artistic style was molded and shaped. Then in high school a friend got him into doing graffiti. Starting out with stickers, he began decorating the downtown Honolulu with his PUFFer fishes. Soon others began to take notice, namely a local street art collective known as MOK which included members like founder Beak03, UnoMas, Tonk, Neito and Bother. After hooking up with MOK, he and the rest of the crew took to the streets of Oahu with their cartoony street art and continue their exterior decorating till this day.

Thanks to the generosity of the Meyer sisters Maile and Meleana along with Solomon Enos, He was offered a last minute space in POW WOW 2012 on Solomon’s wall. It was one of the most amazing and fun experiences he ever had in his life. Now he’s back this year and just like POW WOW itself, he’s bigger, better and ready to spread Street Art, Creativity and Aloha all over Kaka’ako and the rest of the world!

Puffed For Your Pleasure. 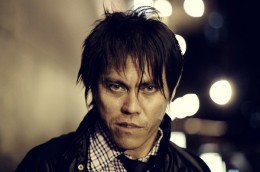 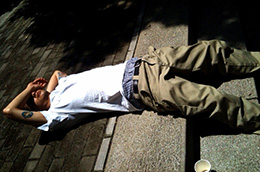