RISK (born Kelly Graval), also known as RISKY, is a Los Angeles-based graffiti artist and fashion entrepreneur. In the 1980s, RISK gained notoriety for his unique style and pushed the limits of graffiti: He was one of the first writers in Southern California to paint freight trains, and he pioneered writing on “heavens”, or freeway overpasses. At the peak of his career he took graffiti from the streets and into the gallery with the launch of the Third Rail series of art shows, and later parlayed the name into a line of graffiti-inspired clothing.

When his family moved to Los Angeles from Louisiana in 1983, 16-year-old RISK enrolled at University High School on the city’s west side. RISK made the high school his personal canvas, tagging his name everywhere during the day and returning at night to do pieces. In 1985, RISK and RIVAL started the graffiti crew WCA (West Coast Artists).

RISK was one of seven high school students who received a scholarship to attend the Pasadena Art Institute. RISK would later go on to study fine art at USC.

Later, RISK became involved in various Hollywood projects. His first was a photo shoot for Hot Rod magazine, and after the issue hit newsstands, he started getting more recognition as an artist outside the graffiti world. RISK continued to work on movie and music video sets, including the film Bill and Ted’s Excellent Adventure and videos for the Red Hot Chili Peppers, Ice Cube, Bad Religion and Michael Jackson.

In 1988, RISK went to New York and painted subway cars, making him the first L.A. writer to have his work run, and probably the last (in 1989, the New York Metropolitan Transit Authority mandated that all subway cars be free of graffiti before they ran). The following year, RISK and SLICK were invited to travel to the U.K. to represent the U.S. at the Bridlington International Street Art Competition. They won the competition and took home a silver cup and silver spray can as trophies.

Back in L.A., RISK continued to push the boundaries of graffiti, and he and fellow WCA writers embarked on a series of tours: “Bum Rush”, an all-out bombing effort in the San Francisco Bay area; “Planes, Trains and Automobiles”, a quest on which they hit everything from limos to private planes; and “Hitting Metal”, a tour aimed at vehicles, street signs, heavens and any other metal objects they could find.

Meanwhile, RISK had started putting his graffiti on canvases and co-founded Third Rail, a series of gallery shows. Knowing that many of the people at the shows could not afford his canvases, RISK started making T-shirts. RISK turned Third Rail into a successful clothing brand, with RISK winning designer of the year awards and sponsoring celebrities like Kid Rock.

On December 13, 2008, Track 16 gallery in Santa Monica hosted RISK’s first solo show Twenty-Six. The title of the show referred to the length of RISK’s career and his lifelong dedication to letterforms. “Twenty-Six is a celebration of where I’m at today and where I have come from,” RISK explained. “I have been painting for 26 years; there are 26 letters in the alphabet—I could not pick a better way to define myself and my view of graffiti art.” 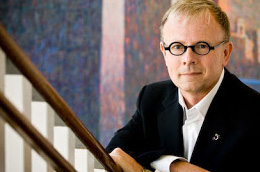 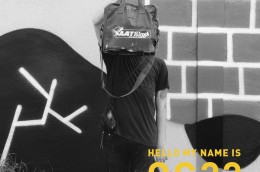 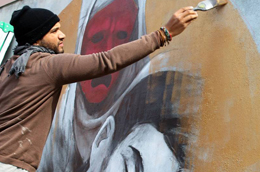