After a decade-long campaign of street and subway wall adorning graffiti that has garnered recognition from his homeland in the UK to collaborative art exhibits in California, ROID has finally begun a push for the demanding world of fine art. At the ripe young age of 29, the emerging street artist cultivated a reputation for his own distinct style surrounding boundary-pushing innovations and uber-technical murals. Having spent much of the last decade gaining the attention of graffiti lovers and of course the transit police, ROID joined the ranks of American street art crew MSK in 2008, the same year he graduated from London’s Camberwell College of Art. Since then, the contemporary illustrator made his art world debut alongside Revok and Rime at the Known Gallery in 2011, earning himself a nod from Forbes magazine in an article on “The 30 Most Important Artists and Designers under 30.” 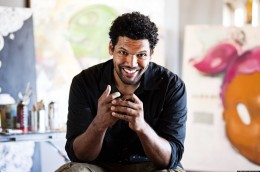 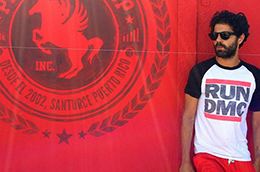