The Skewville brothers were born in Queens, New York and grew up in a big family. The shoes they wore were hand-me-downs from their older siblings. After the twins became adults, they came up with “When Dogs fly”, a combination of worn texture, the fantasy of owning their own shoes and their free spirit. “Dogs” is slang for “Shoes”. The twin artists started to make woodcut “dogs” and throw them into the air, leaving them hanging over telephone poles in the different cities they have been to since 1999. Though their art continues to evolve and move forward, “When Dogs Fly” is a classic project that is still going strong. There have been thousands of Skewville Dogs produced up to now, showing the fact that their original art has “walked” throughout cities all over the world, in places such as Berlin, London, Miami, Stockholm and Taipei. 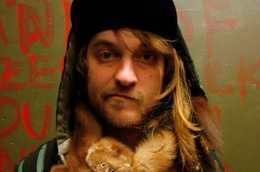 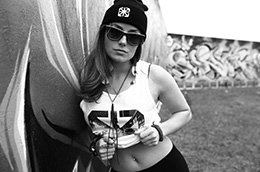