Solomon Robert Nui Enos is a native Hawaiian artist who was born and raised on the West side of O`ahu, in Makaha Valley. His family is active in the community: his father, Eric Enos, is founder of the Ka`ala Cultural Learning Center; his mother, Shelly Enos, works at the Wai`anae Coast Comprehensive Health Center; his brother, Kamuela Enos, works at MA`O Organic Farms and was recently named as a commissioner for President Obama’s Advisory Committee for Asian Americans and Pacific Islanders; his brother, Kanoe Enos, is a social worker; and his brother, Kanohi Enos, is an artisan and woodworker who makes indigenous tools and implements. Solomon is proud of his family, and credits them for much of his original inspiration and support in becoming an artist. They also used to drive him places (he didn’t get his license until 2004) and make sure he didn’t get beat up for being too artsy-fartsy.

He received his first commission as a sixth grader, illustrating curriculum for younger elementary students at Makaha Elementary, and has been on a roll ever since. Na Akua Hawai`i (The Gods and Goddesses of Hawai`i) published through Bishop Museum Press in 2004 and The centennial edition of The Epic Tales of Hi`iakaikapoliopele, published through Awaiaulu Press in 2006 are a couple of the books Solomon has illustrated. Solomon has worked for and with many organizations on that side of the island, including: Makaha Elementary School, Nanakuli Intermediate School, MA`O Organic Farms, Ka`ala Cultural Learning Center, Hoa`aina O Makaha, and Wai`anae Coast Comprehensive Health Center. Each of these organizations has given Solomon an opportunity to see in concrete ways the way art, the land, and the people can all take care of and inspire each other. He has also done artwork for The Sheraton Waikiki, Royal Hawaiian Hotel Royal Beach Tower, Aulani – Disney Hawaii Hotel, and other commercial spaces.

Solomon is most well-known for three things: being a muralist, being a book illustrator, and being the artist who painted “Kamapua`a.” He is less known for but equally proud of being a father, husband, uncle, and intelligent optimist. 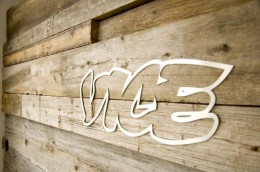