Born Tanja Jade Thompson in Maryborough, Australia in 1982, her mother a costume designer, and great grandmother a commercial artist for the Auckland Civic Theatre; it’s no surprise her work now graces the streets and galleries of Auckland City and the world.

An influential artistic Chinese Tahitian grandmother who fostered her artistic talent and love for Pacific and Asian art, along with an ongoing love for obscure Japanese cartoon characters, a fascination with cults, shines, gods, and all things magical and whimsical soon collided in her imagination and her unique characters began to evolve.

While at Auckland Metropolitan College, she cultivated and defined her distinct characters, portraying a certain darkness and vulnerability drawn from her own emotions, life and dreams. They would later epitomize her name; Misery, a name gifted by fellow artist Askew.

Over time the depth of the darkness and vulnerability of her work began to consume her, which led Tanja to a ceremonial burial for Misery. Yet as time passed so did the darkness, attributed to initiating arts projects with vulnerable children, travel and finding true love built on magical vegetables and ironically sealed by marriage in a vegetable patch.

Misery was now resurrected into a new more fantastical Technicolor Miseryland, filled with mystical creatures. It’s more playful in Miseryland now, more humorous, naturally there are a lot of vegetables and it has an effervescence we’ve not seen there before. Her characters retain their distinction, still with a pinch of twisted quirky dark humor.

Her work is no longer limited to walls and paper, its on vegetables, computer screens, within environments, on sets, collaborations with other artists, practical products and gracing classroom walls for refugee children in rural Thailand.

Misery is now renowned worldwide for her characters and graffiti/ street art, and has gone on to achieve mainstream success including representation with New Zealand’s premiere art auction house Webbs, and exhibitions in all corners of the globe including Berlin, Taiwan, Melbourne, Paris and Los Angeles – Misery’s recognition has attracted endless media attention, including a half hour award-winning documentary produced by Sticky Pictures – More recent Misery collaborations include: Anna Sui, Casio Baby-G, Telecom, Serato and Piaggio. 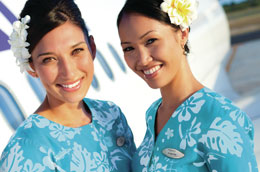 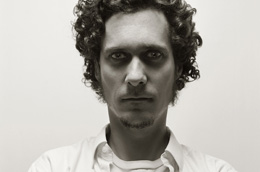 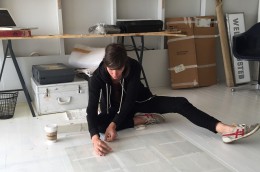